Home » How To Help Kids Make Healthier Choices » A Parents' Guide: What does Organic really mean?

A Parents' Guide: What does Organic really mean?

Organic food may seem like it’s a new craze that has come out of nowhere and translates into more expensive food, but it’s a good idea to be informed about what “organic” really means so that you can navigate the grocery store and farmers’ markets with confidence. It helps to have an understanding of what seeing an organic label actually says or does not say about your produce or animal products, and how that ultimately can affect you and your family.

When you see a USDA Organic label on your food, it means that you are looking at something which contains at least 95% organic ingredients, and which has been grown or raised on a farm which follows criteria outlined by the National Organic Program (NOP). Generally speaking, per the guidelines, this means that the farm on which it was grown or produced:

-is socially and ecologically responsible, with a respect for animal welfare and the environment 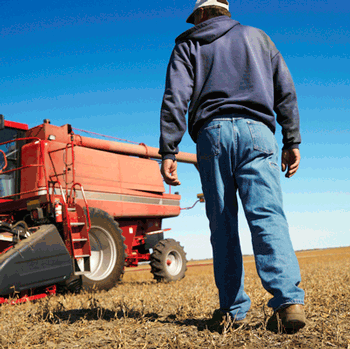 Organic food is always the healthier choice if you want to protect your family from unnecessary toxins and chemicals in their food. It’s also the healthier choice because you can be sure that the organic food you are feeding your family has not been genetically modified in any way, and that is reassuring as there have been studies linking GMOs to illness. In fact, GMOs have been banned in several countries. Finally, animals who have been raised organically are treated with more respect and given more fresh air and freedom to move than their conventionally raised counterparts.

Food grown organically also comes from healthier soil-it has a higher concentration of nutrients because it is fertilized naturally (i.e. using animal manure). Also, organic meat has been shown to be less fatty than meat from conventionally raised animals.

In addition, you may find that organic food tastes more delicious! Since it has been grown with a respect for the environment and its natural balance, it will taste as nature intended. Organic farming focuses on quality over quantity, so although your fruit may be smaller, it may also be sweeter and juicier. Your chicken breast may seem less filling, but each bite can be more flavorful as you understand you are not biting into a forkful of growth hormones and antibiotics.

Is it still possible to have a “USDA Organic” apple with pesticide residue on it? Yes. Is it less than what you would find on a conventional apple? Absolutely, because it is likely that residue drifted onto there from a nearby conventional farm rather than from the organic farmers themselves.

It’s also important to understand that just because something carries a USDA Organic label, it does not automatically make it a “healthy” food. On the contrary, advertisers take advantage of the fact that consumers tend to think that way. It’s important to know that a sugar is still sugar, whether it has been farmed organically or not! Be informed and shop smartly.

Thankfully, organic food is now EVERYWHERE. It’s easy to spot it at your local grocery stores, where you can look for the green USDA Organic label on the front of the box or package. It can also be easy to find at your local farmer’s market, where farmers tend to prominently display the logo on their banners. It’s important to note that some farms may be in the process of being certified (it does take a few years), so do not discount those stands without the label! Instead, talk to the farmer now that you understand what farming organically means. You may be surprised to know that they do not use pesticides out of concern for their own health, even without an organic certification.

See All Our Nutrition Articles